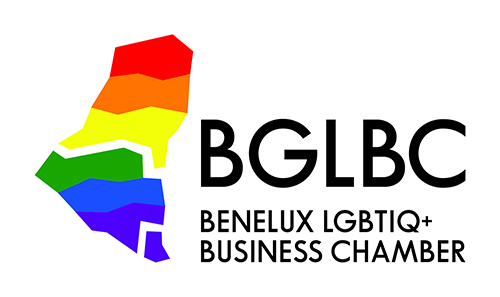 On August 1, 2022 the BeNeLux LGBTIQ+ Business Chamber* (BGLBC) was incorporated as an association via the Chamber of Commerce in Amsterdam.

The BGLBC was created to give a platform to LGBTIQ+ entrepreneurs, who will be certified as such by the European umbrella organization EGLCC.

An online inventory survey quickly garnered over 250 participants. Initial meetings were held in Ghent and Amsterdam, where it could be established that the interest in the Chamber was strong.

Many companies and corporations are now underwriting Corporate Social Responsibility, part of which is their Diversity and Inclusion policy. This will first and foremost be an HR instrument to enable and encourage all of their employees to be themselves, but it also extends to Supplier Diversity. This includes hiring suppliers from the LGBTIQ+ community. This is not, however, an identifier that is included in the register of the Chambers of Commerce, nor can it be verified elsewhere, unlike age, gender or ethnicity, to name a few other ‘diverse minorities’ in the business world.

Key Targets of the BGLBC

Membership is free. Costs will be covered via partnerships with corporations and (semi)governmental organizations.

The existence of LGBTIQ+ Business Chambers – or Chambers of Commerce as they are called in some markets – has been proven a successful factor of support and development for the community. Starting in the USA with the NGLCC (est. 2002), there are meanwhile Chambers in more than 50 North American states and regions, in 7 South American countries, Canada, South Africa and Australia.

In June 2018, the founding of the European LGBTI Chamber of Commerce (EGLCC) was announced at an international conference in Vienna. In addition to the Scandinavian, Italian and German Chambers, as well as East meets West, the BGLBC belongs to the European network.

The BGLBC is an initiative by founding members Stefaan De Vreese (Ghent, Belgium), Rocio Sanchez and Alfred Verhoeven (both Amsterdam, the Netherlands).

Marketing the Rainbow: The Men from Atlantis