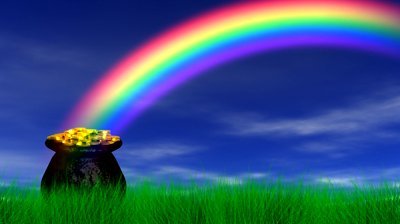 In the past 4 decades many companies, from local businesses to multinationals, have targeted the LGBT consumers. How? What were their reasons? Did they have success? The truths and myths about that affluent gay trendsetter.

WHY Market the Rainbow?

I was asked by two consecutive blue chip clients how they could reach the gay customer, I said “why do you want to target them”? The answer was “because they make more money, have two incomes,  a higher education, a sense for trends and a preference for a luxury lifestyle. In short: lots of money, and the desire to spend. Obviously, this is an ideal customer to have. However, most of these ‘facts’ are part of a set of myths about LGBT.

In the past decades, the mass marketing techniques of the 70s have grown into present day one-on-one marketing practices. Companies, step by step, have developed the approach of their customers from one or two different ways, to a whole range of segments, methods and media. They have tried to find more customers, more profits – and in doing so have defined market segments which they think deserve special attention. One such segment is The Gay Consumer – even in some cases The LGBT Consumers, if only to be politically correct, but this is even more far fetched than just The Gay Consumer (see my blog, LGBT and all that goes with it).

Within the framework of my PhD Research I set up a consumer survey to get insights in these assumptions. In total over 3,100 people participated, from a number of pre-defined subgroups. (I tried to stay away from the existing reports, as they were often biased by the supplier, and their intentions*).

My research is looking at the truths and myths behind this marketing strategy (or tactics), the profile of “gay consumers”, their needs and spending pattern and the ways companies use to satisfy these. The research is set out to find the answer to the question: “Marketing the Rainbow: is there a pot of gold at the end of it?”

First of all, gay men make less money on average than their straight peers, which can be explained partly by the fact that they (more often) end up in ‘female’ professions, and as we know women make less money than men. On the other hand, lesbians have a higher average income than straight women, with the same reasoning: they more often work in jobs that are usually performed by the opposite sex. So: the higher income is part one of the myth.

In my survey, around 40% of LGBT indicated to be single, as opposed to 29% of heteros. So that double income goes at most for 60% of gays – IF both have a job.

Although many LGBT can be overachievers due to the fact that they feel they have to prove themselves worthy, a same number of them will be the victim of bullying, or are afraid to stand out. These two groups balance out, so the average level of education is about the same as in the general population. Part two of the myth.

Conclusion:to assume that (most) gays are trendsetters seems to unrealistic. Straight people do consider themselves less of a trendsetter than gays, while gays (more so than heteros) consider other gays to be trendsetters. So perhaps you can find more early adopters in this population.

That luxurious lifestyle then?

To my question “Do you feel you lead a luxury lifestyle?” roughly 75% of both groups did not think this. The luxury lifestyle also seems to be a myth, although this may be a matter of perception.

Size of the market

One of the parameters of successful market segmentation is that the target segment is large enough to be interesting.

Other parameters are Homogeneity within the segment (have needs in common), Heterogeneity between segments (different segments have different needs), Segment is measurable, Segment is accessible and It responds similarly to a market stimulus. More about those later.

How many people belong to the segment?

Everyone knows the “10%” rule. It stems from Alfred Kinsey’s extensive research from 1948. The problem was that Kinsey’s research was predominantly done among prisoners… a population where homosexual acts are more frequent than in a free society, due to lack of other options. So, the 10% is an exaggeration – but it is often used by those who benefit from it, like gay consultants or research agencies. Subsequent studies set the percentage at 4% (max) for men, and 3% for women.

* The aforementioned consultants have made headlines with “the buying power of LGBT in the US is $ 800 billion.” Who would not want a part of that?! This figure was reached by taking 10% of the US population and multiplying it with a higher than average income.

Mistakes: it should not be 10% but 4%. The income is lower than average. And how about all those who do not have an income, like minors, unemployed and seniors? But most importantly: income is not completely discretionary, so the buying power is limited by factors like tax, utilities and other costs that need to be paid.

Conclusion: instead of $ 800 billion, the discretionary buying power is perhaps more in the region of $ 175 billion. Still, a formidable amount of money, so should we all jump on the rainbow train? And if so at what station? First or second class?

The key to success: (no) children!

Having said that the income is lower, there is one factor that overrules most others: KIDS. Children cost a LOT of money, and a LOT of time: two factors that are of the utmost importance for the definition of consumer spending.

In my survey 18% of gays and lesbian listed to be parents, as opposed to 72% of the heteros. The percentage of straight people with children in my survey is somewhat lower than in the average population (80%), as I specifically invited many straight people without children (most often ‘child free’ as opposed to ‘childless’) to fill out the survey, to check if their lifestyle would approximate that of gays without children. And guess what? It does!

So should we market the rainbow?

That depends on what business you are in. I researched 13 branches, from fmcg to Hospitality, via cars, fashion and real estate. Some branches are successful, others are not. For now it suffices to say that The Gay Consumerdoes not exist. There are as many types of consumers as in the general population, if not more. But: gays ARE consumers, and they often have a higher discretionary income than Bruce and Sheila with their 2.4 kids, so trying to win their patronage is definitely worth looking into. More about that next time.

Why abortion is allowed, but a nipple isn’t. The random censorship of Fac...
Scroll to top